The formation and growth of massive black holes 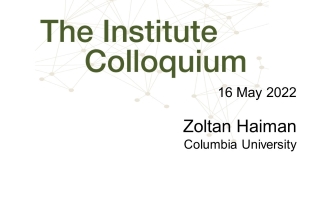 Black holes as massive as several billion solar masses appeared within a billion years after the Big Bang.  The origin of these objects remains a mystery.  I will present three competing state-of-the art ideas on how such massive black holes may have formed in the early universe from stellar black  hole remnants, via rapid gas accretion, or via successive mergers.  I will then discuss the role of
circumbinary gas in mergers between black holes: for facilitating (or not) the early shrinking of their orbit, producing unique observational signatures, and impacting low-frequency gravitational wave emission.  Upcoming observations with the recently launched James Webb Space Telescope (JWST) and with the space-based Laser Interferometer Space Antenna (LISA) will help us understand the origin of massive black holes, including the details of their mergers.