From machine learning to autonomous intelligence 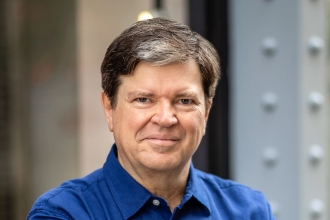 +++Registration for this event is closed.  A recording of the lecture will be availabie on the ISTA YouTube channel after it has taken place.+++

The Austrian Academy of Sciences and ISTA have initiated a joint lecture series aiming to bring to Austria speakers of the highest international standing active in fields that are of mutual interest to both institutions and to a wider public.  We are honored to welcome Yann LeCun as this year's lecture speaker.

In his talk, Yann LeCun will propose a possible path towards autonomous intelligent agents, based on a new modular cognitive architecture and a somewhat new self-supervised training paradigm. The centerpiece of the proposed architecture is a configurable predictive world model that allows the agent to plan.  Behavior and learning are driven by a set of differentiable intrinsic cost functions.  The world model uses a new type of energy-based model architecture called H-JEPA (Hierarchical Joint Embedding Predictive Architecture). H-JEPA learns hierarchical abstract representations of the world that are simultaneously maximally informative and maximally predictable.

Yann LeCun is VP & Chief AI Scientist at Meta and Silver Professor at NYU affiliated with the Courant Institute of Mathematical Sciences & the Center for Data Science. He was the founding Director of FAIR and of the NYU Center for Data Science. He received an Engineering Diploma from ESIEE (Paris) and a PhD from Sorbonne Université. After a postdoc in Toronto he joined AT&T Bell Labs in 1988, and AT&T Labs in 1996 as Head of Image Processing Research. He joined NYU as a professor in 2003 and Meta/Facebook in 2013. His interests include AI machine learning, computer perception, robotics and computational neuroscience. He is the recipient of the 2018 ACM Turing Award (with Geoffrey Hinton and Yoshua Bengio) for "conceptual and engineering breakthroughs that have made deep neural networks a critical component of computing", a member of the National Academy of Sciences, the National Academy of Engineering, the French Académie des Sciences.

In addition to the regular ISTA shuttle bus #142, an extra shuttle bus has been organized from U4 Schwedenplatz/night bus stop, which will depart at 4:00 p.m. It will return to Schwedenplatz and depart from the ISTA campus at 7:45 p.m.

If you are a highschool student and are interested to meet the speaker in advance of the lecture in the ISTA Lecture Young Lounge (3:45-4:15 pm), please get in touch with magdalena.steinrueck@ist.ac.at – Spots are limited! Interested teachers who would like to come with a small group of students are welcome to get in touch too. We will provide advance material to help you get the best out of the conversation with our speaker and the lecture.