Galaxies such as our own Milky Way are the largest bound structures in our Universe and consist of gas, stars, planets, black holes and dark matter. The astrophysical processes that occur in galaxies happened to every atom in our body and therefore relate us to our own cosmic origins. The Matthee group investigates the physical mechanisms that determine how galaxies and their constituents form and evolve using observations of the very distant Universe.

Galaxies form following the collapse of small perturbations in the initial density distribution that formed in the Big Bang. While the physics of gravitational collapse is well determined, detailed feedback processes that happen within galaxies, such as the formation of stars, supernova explosions and the growth of supermassive black holes are poorly understood, even though they have significant impact on the fate of galaxies and the stars and planets within them. The Matthee group uses the largest telescopes on Earth (such as ESO’s Very Large Telescope in Chile) and in space (such as NASA/ESA/CSA’s James Webb Space Telescope) to find and study the first generations of stars in galaxies. Matthee focusses on how young massive stars — those responsible for the creation of the majority of heavy elements and production of most of the ionizing radiation in the early Universe — impacted intergalactic gas around galaxies in the so called reionization epoch. Matthee also uses large cosmological hydrodynamical simulations to investigate the relation between structure formation, galaxies’ growth rates and their imprints on chemical enrichment. 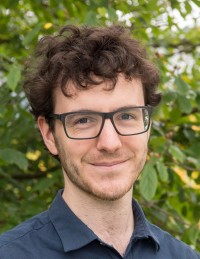 Applications are currently open for PhD positions in the Matthee group at ISTA.
Contact: jorryt.matthee@ist.ac.at

Emission-line galaxies with the James Webb Space Telescope
The Matthee group is involved in several programs using the infrared capabilities of the JWST to identify young emission-line galaxies in the early Universe through Halpha and [OIII] line emission. We will use these data to accurately measure the amount of star formation in the early Universe, the metal-enriched atmospheres of early galaxies and the connection between galaxies and intergalactic gas.

Galaxies as tracers and agents of cosmic reionization
Using a combination of space and ground-based observations, the Matthee group is measuring the total ionising budget from young galaxies in the early Universe and self-consistently tracing the topology and timing of cosmic reionization. This project is based predominantly on observations of the Lyman-alpha emission line from galaxies which traces when and by how much galaxies leak ionizing photons.

The properties of the first stars in the first galaxies
In the future, the Matthee group plans to use extremely sensitive observations, for example with the Extremely Large Telescope, to measure the temperatures, masses and chemical compositions of the first generations of stars that formed in young galaxies in the early Universe.